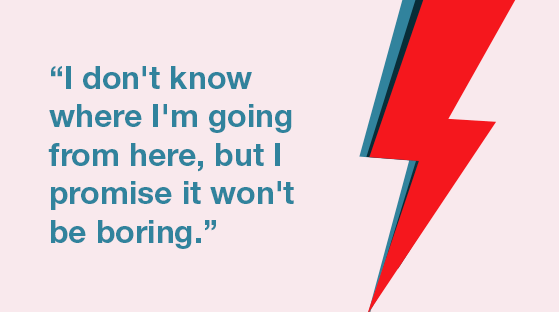 This week we have witnessed an overwhelming international reaction to the death of David Bowie. At the age of 69, Bowie passed away after his 18-month battle with cancer came to an end, as reported on his social media accounts. Since the news broke, he has received an abundance of accolades for a career spanning 51 years.

Coming from an ordinary background via the route of Art College, Bowie started out as a graphic designer before he went on to become one of the most influential fashion and design icons of our generation. Not only will he be remembered as a musical genius but his creativity and style inspired our love of fashion , advertising, TV and film.

In tribute to the legend, the staff of GWCM have chosen their top Bowie moments.

Released the year of the first moon landing, Space Oddity told the story of astronaut Major Tom, one of Bowie’s best-loved characters who became subject of several tracks. The single became Bowie’s first top 5 hit, won him an Ivor Novello Award and later re-entered the charts in 1974, becoming his first ever UK number one.

It was in 1972 that Bowie relaunched himself as a flame-haired alien androgynous rock star for his album “The Rise and Fall of Ziggy Stardust and the Spiders from Mars.” It was this alter ego that made him an icon in the LGBT community as he paved the way for a more mainstream transgender world.

After news of his death, the image on the cover of the iconic Aladdin Sane album was the most replicated look by those paying tribute. The shoot for the artwork was directed by Celia Philo and photographed by Brian Duffy at his studio in London’s Primrose Hill, with makeup by Pierre La Roche.

Those who know nothing of Bowie, will know his ‘pop’ album ‘Let’s Dance’ which propelled him into the charts once again with the help of producer Nile Rodgers.

As well as recording a staggering 25 studio albums, Bowie also had a number of roles in cinema. He is perhaps best known for his portrayal of Jareth the Goblin King in the 1986 fantasy, “Labyrinth”, where the younger generation of the 80s discovered Bowie as a silver-tongued villain. Bowie also composed all of the music and sang four of the five musical numbers in the film, with the most popular being ‘Magic Dance.’

In 2013, Bowie made a surprise return from a 7 year hiatus with ‘The Next Day in 2013.’ In the same year The Victoria and Albert Museum’s retrospective exhibition ‘David Bowie Is…’ became its fastest-selling event ever. The collection featured more than 300 objects including handwritten lyrics, original costumes, fashion, photography, film, videos, set designs and Bowie’s own instruments – reminding us of the extraordinary scope of his career.

Released on the stars 69th Birthday, Bowie’s 25th studio album Blackstar, was noted by critics for its obvious links to mortality. It was only two days later that Bowie sadly passed away. The album is clearly a goodbye note to the world and continues to prove his dedication to creativity and the arts till the very end.