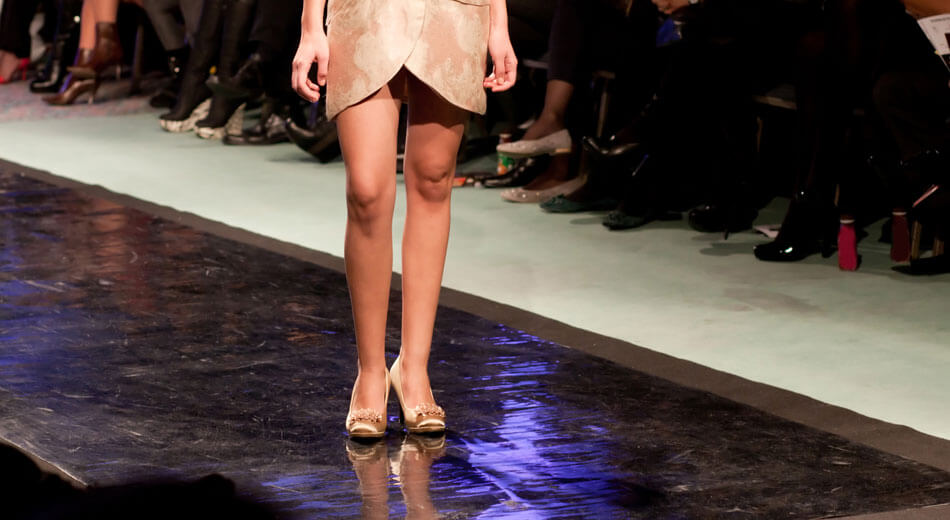 Fashion Week was once a platform for established designers to debut their collections to the ‘invite-only’ elite crowd of buyers and editors. But then the Internet happened, thrusting what used to live in glossies into the digital age and attracting a whole new audience.

For years, Instagram has been the photo-sharing app of choice for Fashion Week attendees. In the two months after launching in October 2010, Instagram had amassed a million registered users. Today, it has more 150 times that, a large proportion of whom make up the fashion elite. Research has found that consumers are engaging with London Fashion Week 39% more on Instagram than on Twitter*. Instagram’s influence has never been more prominent with over 316,359 London Fashion Week conversations taking place on the channel.

From backstage to the front row, the way in which the rest of the world views the collections has been altered forever. As the lights go down, the screens come out. Whether it’s the likes of Jourdan Dunn or Cara Delevingne who are regular ‘grammers, or the hundreds of fashion obsessed editors and bloggers who capture every moment through the lens of their smartphone, we’re now able to see Fashion Week almost instantly, through real-time 612-pixel squares.

Of course, designers have realised the potential of hundreds of fashion week attendees coming armed with their phones, ready to snap the entire foray. As early adopters of many technologies, the fashion industry has firmly adopted the app, with many fashion brands now orchestrating their own marketing directly through this platform.

Instagram made its biggest showing yet at Mercedes-Benz Fashion Week in New York this year. To encourage picture taking and posting, Instagram mounted a 6ft by 27ft screen, which featured a rotating selection of photos posted to their platform using the hashtag #mbfw. Designer Tommy Hilfiger teamed up with the platform to launch ‘InstaMeet’ – where twenty influential ‘grammers were invited to cover the show and share their view on the latest collection.

Brands are providing a balance of high-quality editorial on their social channels, as well as exclusive ‘behind the scenes’ images. This approach builds a community, which in turn amplifies their messages and actively engages their fans. British fashion house Burberry was by far the most talked about brand yet again at Fashion Week, with nearly 20,000 more mentions than the official #LFW hashtag.

Another British brand that took full advantage of the platform was Hunter Original, who engaged fashion fans in real-time by using a second-screen experience to share their debut catwalk show. As part of the Hunter #BEAHUNTERORIGINAL campaign, the brand uploaded video clips to Instagram to capture the inspiration behind the collection. Similarly to Tommy Hilfiger, the brand also invited three Instagram users to the show to capture images and videos from behind the scenes.

This is how we see fashion now – through pint-sized images and 15-second video clips. This isn’t necessarily a bad thing; Fashion Week has never been so instant or accessible. However, if we can admire the same Topshop show whilst on the 176 bus, or the shoe of the season before the season even starts, through the feed of a fashion editor, then how ‘exclusive’ is Fashion Week anymore? Instagram is the Golden Ticket we’ve all been waiting for, and its tinted Valencia.