The 2016 Web Trends You Need To Know (story time version) 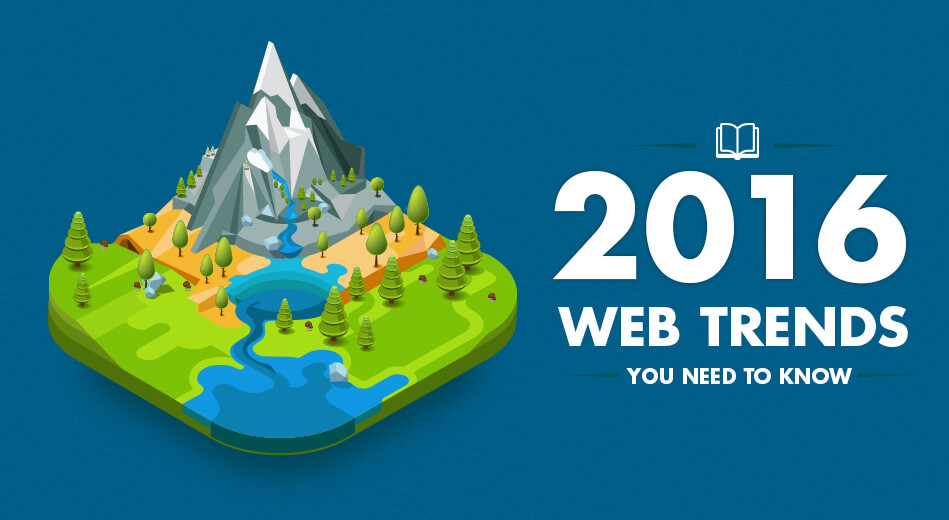 Around this time every year, the Internet is awash with ‘2016 web trend’ prediction blog posts, promising the reader insider tips and knowledge that will propel their site to the golden position of page 1 on Google Search. Here at GWCM, we thought we would do something a little different. And yes, before you wave your arms up and down pointing at the title of this blog post, it is about web trends… but with a twist…

Once upon a time, over the hill, far, far away, down a winding river, through an immeasurable forest, past a bright yellow cornfield…(you get the idea). There was a bear, named Googley.

Googley packed his bindle and set off on his long journey down the beige brick road to Animation Alley. At first, Googley didn’t see much, but after hovering around, he noticed some animations. Thanks to CSS3-PO (see what I did there, winky face), HTML5-alive and the cheery jQuery, animations were interacting and engaging with Googley keeping him entertained. There were many animations being used, ranging from navigation and menus to loading and motion animation. Googley thought this would really help his website to tell a story, while not distracting his visitors too much.

Many days past in Animation Alley when Googley finally got bored, so he decided to go to the cinema and watch a Cinemagraph.

Googley made his way to the local iNax to see what was showing. There were so many Cinemagraphs! The highly rated rippling pond and the notorious rainy face! These Cinemagraph’s all captured Googley’s attention, some of the older ones being GIFs, but many new ones now being created with HTML5-alive’s Canvas feature. The film ended and Googley was feeling inspired. He wanted to draw (He could draw a particularly good dinosaur).

Googley wasn’t much of a photographer; he believed he couldn’t express his inner Googley like he could with a nice personal Illustration (usually that damn dinosaur). Googley felt he would be able to connect better with his friends through relatable illustrations compared to lacklustre stock photography (I’m sure I’ve seen that photo somewhere before!). *Yawwwwn* Googley was tired; it had been many hours of drawing dinosaurs (it was always a bloody T-Rex…). Googley decided he needed a nap. He was very particular about where he slept, so off went Googley in search of a bed, first stop, eye-kea. Straight away Googley found the bed of his dreams and jumped straight in for a snooze!

*BEEP BEEP BEEP BEEP* Googley’s alarm sounded as he quickly hopped up out of bed in a fright. “Holy Potatoes!” said Googley “It’s 12pm, I’ve slept all morning! I need to tell my friends where I am; they must think I’ve been kidnapped by deranged rabbits”. Googley decided he needed to send an email quickly, but what Typography should he choose? This was an important decision so he took his time. There are many fonts now available and he wanted to make sure his message was clear by making it big and bold, so it stood out and delivered his message well and distinctively.

Googley had his fonts and colours all set but didn’t know what to write. *Light bulb* “I’ll tell it as a story” said Googley. After all, storytelling is a good way to engage and interact with people, although, not quite so literal.